HomeWho We AreHistory – Her Story
A- A A+ 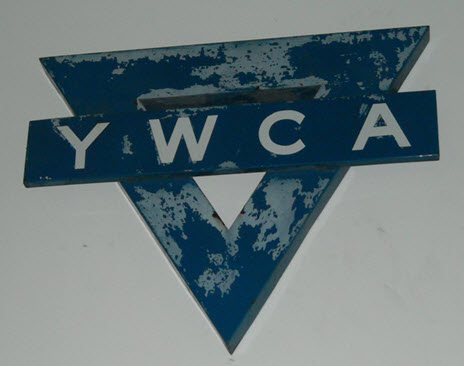 For over 70 years, YWCA Corpus Christi has been a stable presence in the community offering preventive programs in integrated settings. Our experience and successful programs make us well qualified to offer wellness, fitness and skill building programs to 5th and 6th grade girls in the YWCA YWTeen Program and to seniors in their fifties, sixties, seventies, eighties and nineties who participate in Fitness Connection programs. People who are well and want to enhance their lives come to YWCA. As we’ve been doing throughout our history, YWCA serves individuals from all socioeconomic backgrounds, ages, ethnic groups, and religious beliefs, helping make their lives better today and in the future.

1940s
•The YWCA was chartered in 1946 by a group of women representative of the various ethnic groups in the city. Mary Holdsworth Butt, Bernice Leonard, and Rosa Garza led the organization.
•The Muehly home on Chaparral Street, downtown, was the first location of the Association.
•Early activities included classes in English and citizenship for young displaced war brides who were in a new land.
•The YWCA provided a Room Registry, using private homes for residences for working women. From its beginning, the YWCA provided safe living quarters for women in transition and refuge for women alone.

1950s
•Integration took place in Corpus Christi without incident or litigation. The YWCA’s diverse group of women were instrumental in this process.
•In 1954, a new building was completed uptown on North Carancahua.
•The YWCA built the only integrated swimming pool in the city before it was legally mandated.
•Y Teen clubs allowed girls from all schools to meet together. These integrated clubs promoted community service and recreational activities.
•The Y Teen Carni GoGo, an all city carnival and dance, was the city’s first integrated high school dance. Sponsors and parents from all backgrounds worked together on this project.
•The Arts & Crafts Show began. Later called the Carousel of Arts & Crafts. It was the most popular community event of its type and provided a venue for women to earn money through sale of their arts & crafts.

1960s
•Aggressive inclusiveness” required that all YW committees and activities be diverse – including women and girls of different backgrounds.
•The local YWCA was among the first to complete the national YWCA’s Action Audit for Change, monitoring the city’s progress towards the elimination of racism.
•Housing Opportunities Made Equal, later known as the Community Development Corporation, was founded by YWCA to ensure that housing was open to all people.
•Board and committee members distributed cards saying, “I am one among many persons who would encourage and support your decision to open your business to all people regardless of race or color.”
•YWCA outreach programs at Clairelane Center, which taught English, sewing, driver’s education, GED, nutrition, leadership and development, were among the first components of the War on Poverty.

1970s
•With women joining the workforce, the YWCA Resource Center for Women provided referrals for job placement, career development, and job training.
•The YWCA Day Care Center served the needs of downtown business women by providing care for infants and toddlers each day.
•Y Women in Careers Awards, honoring women for outstanding achievement in their career fields, was initiated to encourage and recognize women in the professions.
•The YWCA Family Day Home System, the first of its kind in Nueces County, was started. It provided day, evening and weekend child care to children in private homes.
•The Infant Center opened providing quality child care for babies in an infant stimulation program.
•A Residential Intervention Center opened in the former women’s residence for delinquent girls and young women in legal trouble.

1980s
•With divorce on the rise and children home alone after school, New Directions for Divorcing Families, a multi-agency collaboration, provided peer support and counseling for families during divorce through collaboration.
•A latchkey program for school children, the first in the city, in cooperation with an area-wide coalition, and Fun Fridays began; summer camp served 150 children.
•Young Moms program taught parenting skills to teens as the teen pregnancy became a community concern.
•A directory of women’s services was developed.
•With the assistance of the Junior League of Corpus Christi, the Y Teen program was revived.
•A capital campaign for a new facility began and the Carancahua facility was sold. The new facility at 4601 Corona Drive opened in March 1987.

1990s
•The Infant Center was renamed the Carousel of Learning; the program doubled in capacity to serve children through five years of age as more parents joined the workforce.
•As aging and health challenges increased, Therapeutic Recreation offered health and fitness programs for the physically aging and mentally challenged in an inclusive environment.
•Y Teens and Young Moms programs were expanded to meet community needs.
•Yuletide Market, a holiday shopping extravaganza, began as a major community event and YWCA fundraiser.
•National Week Without Violence was implemented locally due to the rise in crime.