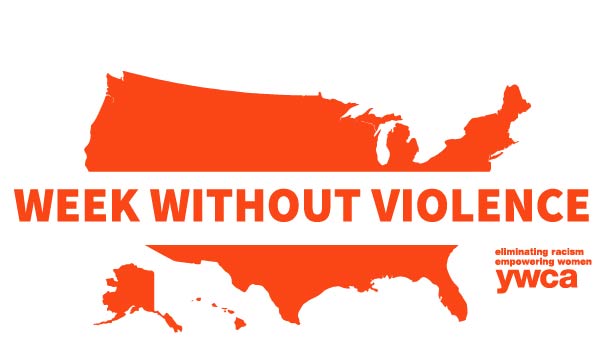 Week Without Violence is part of a global movement to end violence, especially violence against women and girls, with YWCAs across the country and around the world. For more than 20 years, YWCA has set aside one week in October as a Week Without Violence. Join us in October as we hold events, share information and stories, advocate, and more with a common goal in mind. The YWCA Week Without Violence™ is a nationwide annual campaign that highlights practical, sustainable alternatives to violence in our homes, schools, workplaces and communities.