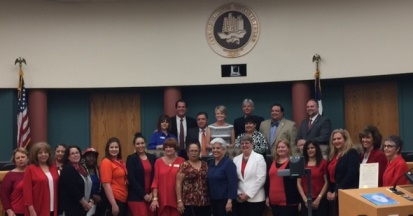 WHEREAS, more than 50 years after the passage of the Equal Pay Act (1963), women, especially minority women, continue to suffer unequal pay; and

WHEREAS, according to the U.S. Census Bureau, women working full time, year round in 2014 in the State of Texas typically earned less than 82% percent of what men earned, indicating little change or progress in pay equity; and

WHEREAS, nearly four in 10 mothers are primary breadwinners in their households, and nearly two-thirds are primary or significant earners, making pay equity critical to families’ economic security; and

WHEREAS, a lifetime of lower pay means women have less income to save for retirement and less income counted in a Social Security or pension benefit formula; and

NOW, THEREFORE, pursuant to the powers vested in me as Mayor of the City of Corpus Christi, I do hereby proclaim

in Corpus Christi, Texas, and urge the citizens to recognize the full value of women’s skills and significant contributions to the labor force, and further encourage businesses to conduct internal pay evaluations to ensure women are being paid fairly.

IN WITNESS THEREOF, I have hereunto set my hand and caused to be affixed the Seal of the City of Corpus Christi on March 22, 2016

Join YWCA Corpus Christi each March and April to work for Equal Pay for Women. 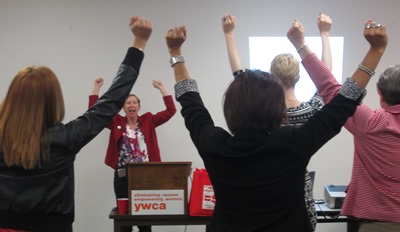